The International Double Reed Society Premiere at the University of Colorado Boulder, 27th of July 2022 -
with Hassan Anderson, Oboe; the composer, Viola; & Hsiao-Ling Lin, Piano
​Blue Sahara Crossing & The Lost Tribe
​for
Oboe*, Viola & Piano
(*or Soprano Sax., Clarinet  in Bb or A, Oboe d'amore or Flute with B-foot)
N.B. Violin can substitute for Viola in Blue Sahara Crossing, but not in The Lost Tribe, which uses the C string
Crossing the Atlantic Ocean on the Queen Mary II in 2011. 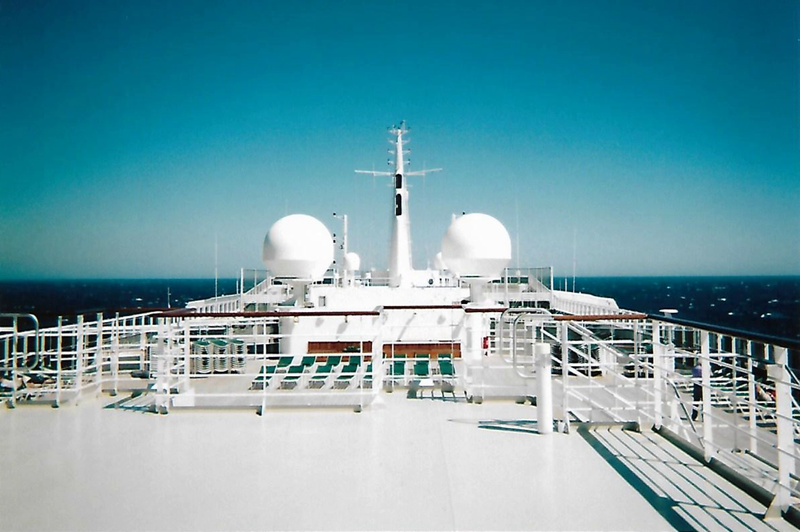 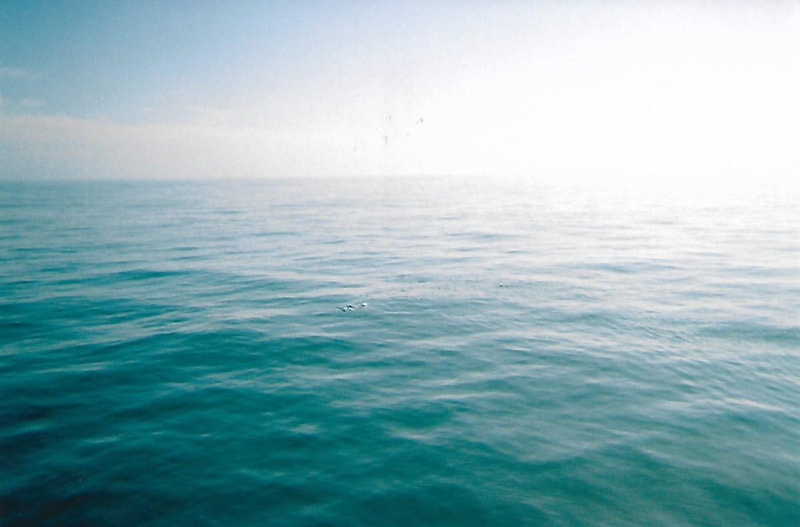 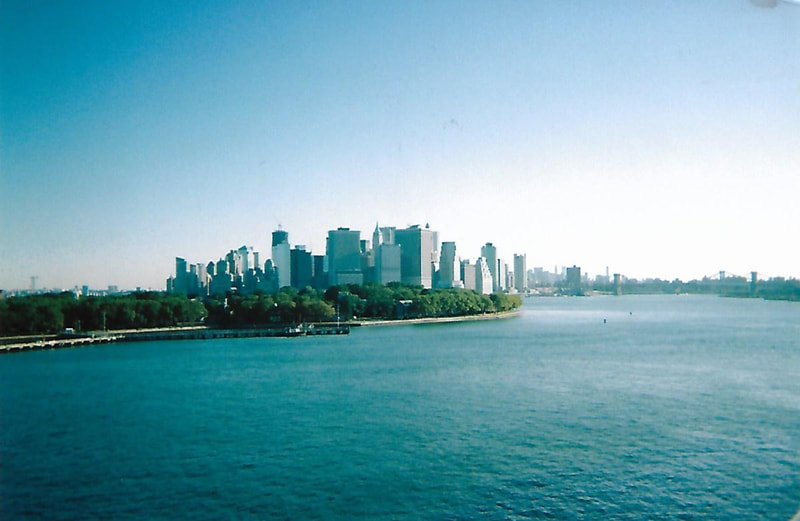 Forthcoming performances are entered on the Events Page
Blue Sahara Crossing & The Lost Tribe are the first two pieces in a modular set of three (working title:Transatlantic Triptych)  which is thematically linked - through both contrasts and similarities - to another three-part modular piece, The Door of No Return.  Whereas The Door concerns itself with crossing the Atlantic in slave ships, forced labour in the New World and returning across the Atlantic by air four hundred years later to reconnect with Ghana, Transatlantic Triptych deals with the opposite:  the creativity experienced by the composer when crossing the Atlantic on a luxury cruise ship, in 2011.  In Blue Sahara Crossing, the Atlantic Ocean is likened to the Sahara Desert, which is similar to it in area. The Lost Tribe is a lament for the Lenni Lenape, the original inhabitants of Manhattan.  The final piece in the set is due to be composed in Spring 2023.

Transatlantic Triptych is  a gesamtkunstwerk, being based upon prose, poems and photographs written - and taken - whilst on the Queen Mary II.   These items are included in the foreword to the scores, and a sample of them can be heard in the introductory video above.
Multi-instrumental Scores & Parts in C & Bb

Please note that the C score, below, contains an Oboe Leading Score, in addition to the normal Piano score & Parts. In the Oboe Leading Score, the Oboe part is in large font and the Viola & Piano parts in small font.  This enables the Oboist to lead the rehearsal and read the score at the same time.
To purchase a score & parts, please send a message via the Contact Page.